Hi, everybody! This article will be especially useful for aspiring microstockers or for those people who are only planning to sell vector illustrations on stocks. It will be about technical requirements to the vector files and mistakes which are often made by beginners. It’s kind of obvious that plagiarism and trademarks are unacceptable on the microstocks. And when you initially receive Reject with some vague formulation as “Design is missing a required plugin; effects need to be expanded”, it is possible to lose courage because of lack of experience. Let’s get this sorted out. You will find all important points according to technical requirements to the vector files for microstockers below. If these points are kept, an illustration will be accepted. In certain cases an existence of Open Paths is admissible. For example, straight lines on a sheet of copy-book. But the broken-off shapes will be an excellent occasion to reject your illustration, if they are formed as a result of using some effects or because of carelessness during the work. Therefore, the easiest way is to get rid of them: to join the broken-off shapes (Ctrl+J) and to Expand the open paths (Object > Expand). An existence of any effects in a vector illustration for microstock is inadmissible. Everything is rather simple with reference to the vector effects. It is enough to Expand them with the help of Object > Expand Appearance сommand. Raster effects even after this command won’t accept for a stock, because they will be transformed to a raster. So, in general, they can’t be used. As you have understood from the previous point, raster inclusions can appear in an illustration because of raster effects. A raster of any kind is inadmissible in a vector illustration for a stock, whether these are consequences of effect or initial sketch in the JPEG format. Also, you can’t leave linked elements in the file which are loaded from the outside. If you used symbols from the Symbols panel in your work, then don’t forget to Expand them using Object > Expand. Otherwise, your illustration won’t be accepted on a stock. Practically all digital artists use brushes. There is a big set of them in Adobe Illustrator. But your illustration won’t be accepted on a stock because of them. Use the command Object > Expand Appearance in order to sort them into simple objects. Many people block some parts of the illustration or even the whole layers for convenience. And it often happens that they forget to remove blocking before saving a file. Nobody will thank you for this. And an attentive inspector on a microstock will reject a work. Actually, it is possible to use text. There is no design without text. But if you leave active text elements which can be edited in the vector file, then the illustration will be rejected on a microstock. In order to avoid this, Expand a text with the help of such command as Object > Expand. If you are a big fan of Pattern Swatches in Adobe Illustrator, then I hurry to upset you. They are not accepted on microstocks too. Such type of objects needs to be Expanded with the help of such command as Object > Expand. The result is not always convenient for further editing. So, it is better to work without them. Similar elements come to be known as Ghost Shapes. Most often such objects are simply garbage. It is easy to get rid of it with the help of such command as Object > Path > Clean Up (all ticks are put). But everybody often forget about cleaning. And a captious inspector on a microstock will easily find them and reject an illustration. Though some microstocks accept native Ai format, but it is rather an exception to the rules. You shouldn’t count on it. Therefore, save your vector file in the EPS format (File > Save as). Choose version 10 or 8. Keep in mind that Transparency and Blending Modes are supported only in 10 version.

These are the most frequent technical errors which occur in vector files for microstocks. So, if you don’t want to have problems with acceptance, use this list for checking. And there is a Free Stock Master Illustrator script for those people who want to get rid of this routine. It will automatically execute verification of a file and will correct errors. There are more details in overview video. 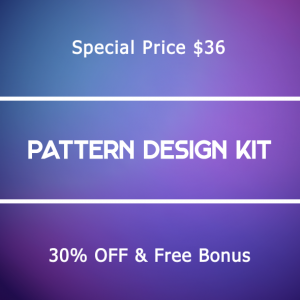 How to make scripts: